I first fell in love with the voice of Chrissy Teigen on Twitter.  This is the thing, I’m hardly ever on Twitter (but hey follow me anyway, @giftymcgifty.)  But every time I was on, Chrissy Teigen was tweeting something hilarious.  Like this:

i woke up and thought john went the gym but nope. china.

i always come home to 50 wedding invitations from strangers. u guys are kind of crazy but i’ll have the chicken i guess

When I found out Chrissy cooked,  really loved food and was writing a cookbook, I did not think, “She’s a model, what does she know about food? Yadda, yadda, yadda.”

What I thought was, “This cookbook is going to be funny and delicious.” 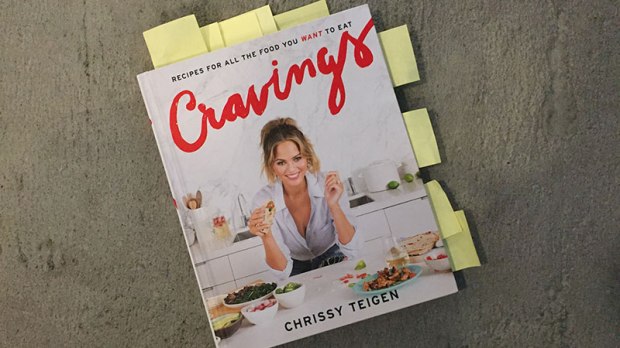 Enter Cravings, Chrissy Teigen’s new cookbook. I’ve already read it cover to cover. I’ve already fallen hard for the lemony, arugula pasta and I’ve already decided that this is my go-to cookbook for the spring. If I get a 20 class card for Soul Cycle for Mother’s Day then things should just about even out by bathing suit season. I’m good with that.

← Sometimes, it’s the little things. Happy 8th Birthday to Girls Like Us! →